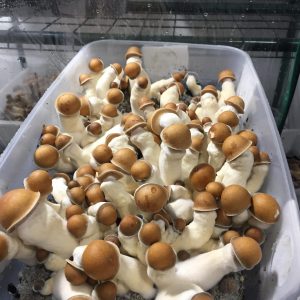 Habitat and distribution Of Psilocybe Cyanescens

Psilocybe cyanescens grows today primarily on wood chips, especially in and along the perimeter of mulched plant beds in urban areas, but can also grow on other lignin-rich substrates. P. cyanescens does not grow on a substrate that is not lignin-rich. Fruitings have been reported in natural settings previously (although most appear to be migrations from mulched plant beds.) The species does not typically grow on mulch that is made from bark.

In the United States, P. cyanescens occurs mainly in the Pacific Northwest, south to the San Francisco Bay Area. It can also be found in areas such as Western Europe, Central Europe, New Zealand and parts of West Asia (Iran, Tehran). The range in which P. cyanescens occurs expands rapidly, especially in areas where it is not native as the use of mulch to control weeds has been popularized. This rapid expansion of range may be due in part to the simple expedient of P. cyanescens mycelium having colonized the distribution network of woodchip suppliers and thus being distributed on a large scale with commercial mulch.

Although it has been speculated that P. cyanescens’ native habitat is the coniferous woodlands of the north-western United States or coastal dunes in the PNW, the type specimen was described from mulch beds in Kew Gardens, and there is no widely accepted explanation of P. cyanescens original habitat.

Fruiting is dependent on a drop in temperature. In the San Francisco Bay Area, this means that fruiting typically occurs between late October and February, and fruiting in other areas happens in fall when temperatures are between 10-18 °C (50-65 °F).

P. cyanescens often fruits gregariously or in cespitose clusters, sometimes in significant numbers. 100,000 P. cyanescens fruits were once found growing on a racetrack in the south of England. Solitary fruits are sometimes also found.

The procedure Of growing Psilocybe Cyanescens And Other Mushrooms

Before the BRF tek is started, sterilization procedures need to be taken. The surface working on should be as sterile as possible as well as the equipment and tools.

Windows should be kept open if possible, as this will help with the air staying sterile.

An antiseptic cleaning spray should be sprayed in the area that will be worked in every so often to ensure no dust or germs infect the jars. It’s vital that sterilization procedures are taken as it’s very easy for the jars to become contaminated.

To know how much vermiculite, water, and brown rice flour is needed, a bit of math is required (but nothing too complicated).

The following ingredients are needed to fill a 240ml jar:

To work out how much of these ingredients will be needed, it will depend on the number of jars and how much the jar can contain. For example, if we wanted to use six 240ml jars, each ingredient would need to be multiplied by 6.

Once the amount of each ingredient is figured out, the vermiculite and water need to be mixed until the water starts to pool when the bowl is tilted to the side.

Afterward, the brown rice flour is added. The mix then needs to be put into the jars, leaving about half an inch left at the top, and then filled with dry vermiculite.

2 Layers of foil need to be put on top of the jars tightly, so they won’t come off. Then put a 3rd layer of foil on very loosely.

After the jars have cooled down, the jars then need to be inoculated with the spores. A syringe is used to do this, and it needs to be sterile.The spore print should be scraped off with a scalpel very lightly into a sterile jar or cup, and then 10ml of water should be added.

Using the syringe, the water, and spore mixture should be sucked into the syringe. If the spores stick to the bottom of the jar, empty and refill the syringe a few times. This also helps to ensure that the spores are properly mixed into the water.

After 3-5 days, signs of colonization should appear. The jars should have little specks of a white growing inside of them; this is the mycelium that will eventually colonize the whole jar. If any other color other than white (and the brown vermiculite) is seen in the jars, it means that the jars have been contaminated and has mold growing on them. More sterile procedures need to be taken the next time this is done.

If the jars have started to colonize properly, then full colonization should take from 2 to 6 weeks. Depending on certain things, colonization can vary from just a couple of days to a month or two.

Things that will affect the speed of the colonization are:

When the jar has completely colonized, they should be taken out of the incubator and placed in direct sunlight at room temperature. Pins should start to be seen in the jars after 5 days, but sometimes pinning can occur during step 8. (Pinning is the name given to the mushrooms when they are first seen, as they are very, very small and thin.)

After 5 days are over, the cakes should be taken out of the jars and washed under a tap, to get any excess vermiculite off. The cakes should then be submerged (dunked) in a big pot of water for 24 hours. After the 24 hours, the cakes then need to be taken out of the water and rolled in dry vermiculite, helping to keep in the moisture. (Cakes are the name given to the mixture of vermiculite and mycelium once they have left the jars.)

A fruiting chamber is needed and is made by drilling multiple holes on all 4 sides of the tub and on the lid (this helps with the air flow in the tub). The perlite should be poured into a colander and soaked in water thoroughly. After the perlite has been soaked, it should be placed into the fruiting chamber (about 5-7 liters is needed, but depending on the size of the tub the level of perlite should be about 2-4 inches high).

The cakes should be then placed in the fruiting chamber on top of a small square piece of foil to ensure that the mycelium does not grow in the perlite, But I am not entirely sure if that is a bad thing or not (yet)… Then when the cakes are all placed inside, the tub should be sprayed with water AT LEAST three times a day.

If pinning didn’t occur during step 6, they should start to pin during this step, but again patience is needed as pinning can sometimes take a while.

Now they are fully grown and ready to pick.

You should see progress within a week or two, possibly less than that. Picking them is usually best to do, just after the veil is broken (the veil is the thin piece that attaches the stem to the cap). If you see some pins on the cakes that have turned black, these are called aborts. They are still okay to eat. They just didn’t manage to grow quickly enough, but they’ll still have psilocybin in them 😉

Preparation Psilocybe Cyanescens And Other Mushrooms

A quicker technique is putting blended mushroom powder into a chocolate spread or jam sandwich as this disguises the taste completely and reduces nausea in leaps and bounds. 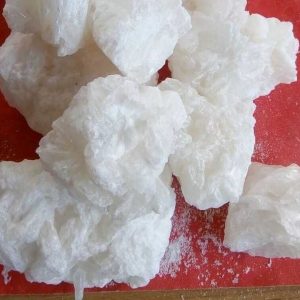 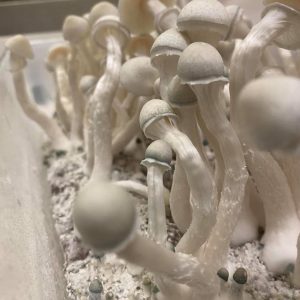 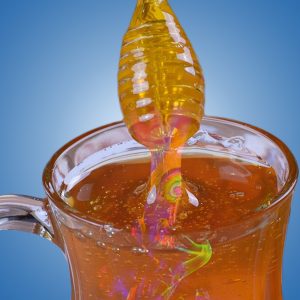 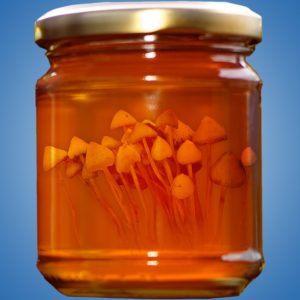 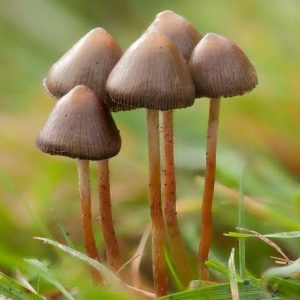